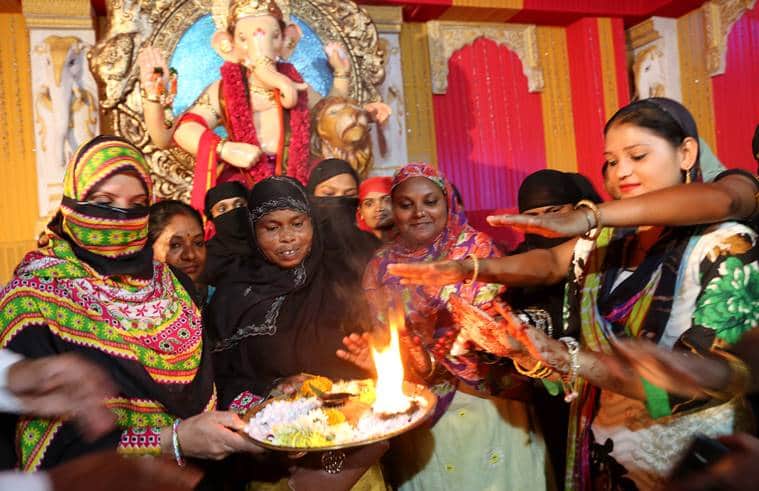 India is a land of festivals, where often people from different communities and religions come together to celebrate festivities irrespective of their faith or community. Spreading love, compassion and harmony — the festive season can often be the force that brings people closer beyond faith, and this year – like many others – we have witnessed some beautiful examples.

Muslims around the world and in India celebrated the important Eid al-Adha on Saturday. But when heavy rainfall stalled Eid celebrations in Uttarakhand, people from the Sikh community came forward. The Muslims in Joshimath were unable to offer namaz on the holy day at Gandhi Maidan in town, instead, so they prayed inside a gurudwara instead.

Mumbai Police too shared another heartwarming image of Hindu-Muslim communities celebrating two festivals – Eid and Ganesh Chaturthi – together in the city. Tweeting out a photo of Muslim devotees offering namaz in a Ganpati mandap, they highlighted “the essence of Mumbai” at Ganesh Murti Nagar, Cuffe Parade.

A similar scene was noticed in Gujarat. To spread the message of communal harmony, for the first time a Ganpati pandal was erected next to Bala Pir Shrine near Udhna Darwaja at Navsari Bazar in Surat. Members of the Hindu community celebrating the Ganesh Chaturthi were seen wishing Eid Mubarak to their Muslim brethren on Bakrid.

On the holy occasion of Bakrid, a few Muslim women were seen performing aarti at a Ganpati mandap in Mumbai. To celebrate the Supreme Court’s historic ruling on Triple Talaq, the women from Sion Koliwada offered obeisance to Lord Ganesha.