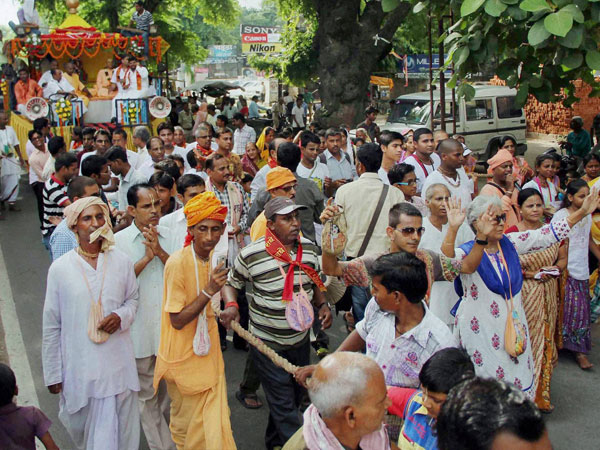 RAJASTHAN: A three-day festival is organised at the Dargah of Narhar – also known as Dargah of Sharif Hazrat Hajib Shakarbar – situated near Chirawa in Jhunjhunu district, about 200 km from Jaipur. “This festival is being organised here for the last 300-400 years and people of all communities come here. A main aim of this celebration is to promote Hindu-Muslim brotherhood,” said dargah secretary Usman Ali Pathan.

People from many states including Maharashtra, Bihar, Delhi, Haryana, West Bengal and Andhra Pradesh visit the dargah during the festival. “Thousands of Hindus come here and offer flowers, chadar, coconut and sweets in the shrine,” he said. Over 400 shops come up in the vicinity during the festival time. Qawalis, skits and dance dramas are organised on the night of Janmashtami, similar to the ones held in temples.