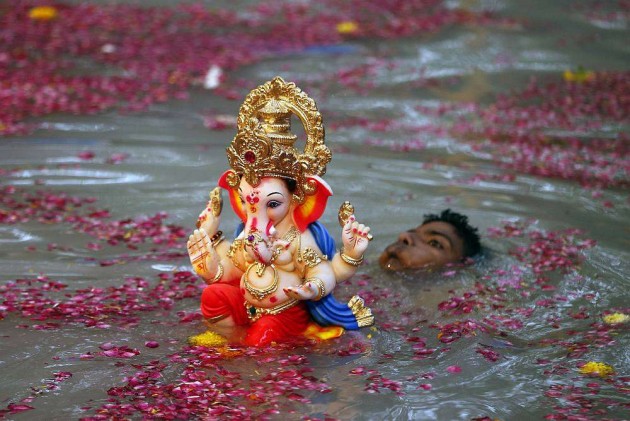 SHIVRAJPUR: Aneesh Quereshi, his wife and three children have been performing the puja of the elephant-headed deity for last five years at their Shivrajpur village home in Gujarat’s Panchmahal district.

Shivrajpur village sarpanch Kanubhai Soni said, “This has set up a unique example of brotherhood and communal amity. The Hindu people staying in the village visit Quereshi’s home for darshan at the time of aarti and puja of the idol.”

Deputy sarpanch Satish Sharma said the celebration has been going on in their village, having a population of nearly 5,000, with a lot of camaraderie between the two communities. Almost whole of the village participates along with Quereshi in the immersion of idol in Dhadhar river every year, he added.